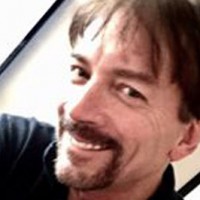 I've been making films and doing visual effects on indie films for over 15 years. When I discovered Unreal Engine 4 I was blown away by it's realistic real-time rendering engine!  I immediately saw that Unreal Engine (UE4) was a game changer and that it had now become possible for a small studio consisting of a few artists to pull off a Hollywood quality feature length animated film!

In the past it would take hours, if not days, to render each frame of an animation, which made it impossible for an independent artist to complete a full length film.  It would literally take years to render all the frames of a movie!

All this has changed with Unreal Engine 4 - the playing field has been leveled and it is now truly up to the talents and skill set of the artist/storyteller to create their vision.  No longer will you be held back due to limitations of technology.

Join with me as we begin a journey in using this awesome tool-set - I think you will find it not only fun, but extremely satisfying on a creative level.

I have owned the Reallusion software for about a year but I had no idea how powerful, flexible, timesaver, and the amount of precision this software provides. I was not using the software to it full potential!!! Trying to figure things out on my own and piecemeal the information on the internet was very time consuming and incomplete. We really need more books and more detailed video training like this on the Reallusion software!!! This end-to-end training course is outstanding and is just what I needed to take my skillset to the next level!!! Many thanks to Michael Ricks for creating this great course. He did an outstanding job!!!